With SPE Offshore Europe 2019 coming to a close for this year, it has been a very busy week for EPIT. Alongside participation at the show, EPIT co-hosted a successful BBQ with our premises situated only five minutes from the new P&J Live TECA complex.

We would like to thank everyone who took time to attend, and hope you enjoyed your afternoon & burger.

One of the highlights was our Operations Director Martin Constable carrying out a live explosion demonstration.

The demonstration was used to show the audience how Ex ‘d’ (flameproof) equipment works, and is described below.

At the centre of this demonstration is a small Ex’d’ enclosure (approx 80mm x 100mm) in which the spacing or gap between the lid and box can be adjusted by means of a cam to either transmit an internal explosion to an outside explosive atmosphere or contain the explosion. The Ex’d’ enclosure is housed inside another box (approx. 200mm x 300mm) and both are fitted with perspex lids to enable the internal ignition to be witnessed. Spark plugs and igniter units are used to ignite the gas (butane) and air mixture inside and outside the enclosure at the appropriate time. The unit is self contained except for the gas metering facility and power to operate the gas mixing fan, these units are also installed in boxes (approx. 200mm x 300mm).

Two coarse threaded plugs are provided to permit gas to enter the flameproof enclosure and then to be sealed prior to ignition. Following ignition, the plugs are removed and the fan operated to purge the burnt gas. 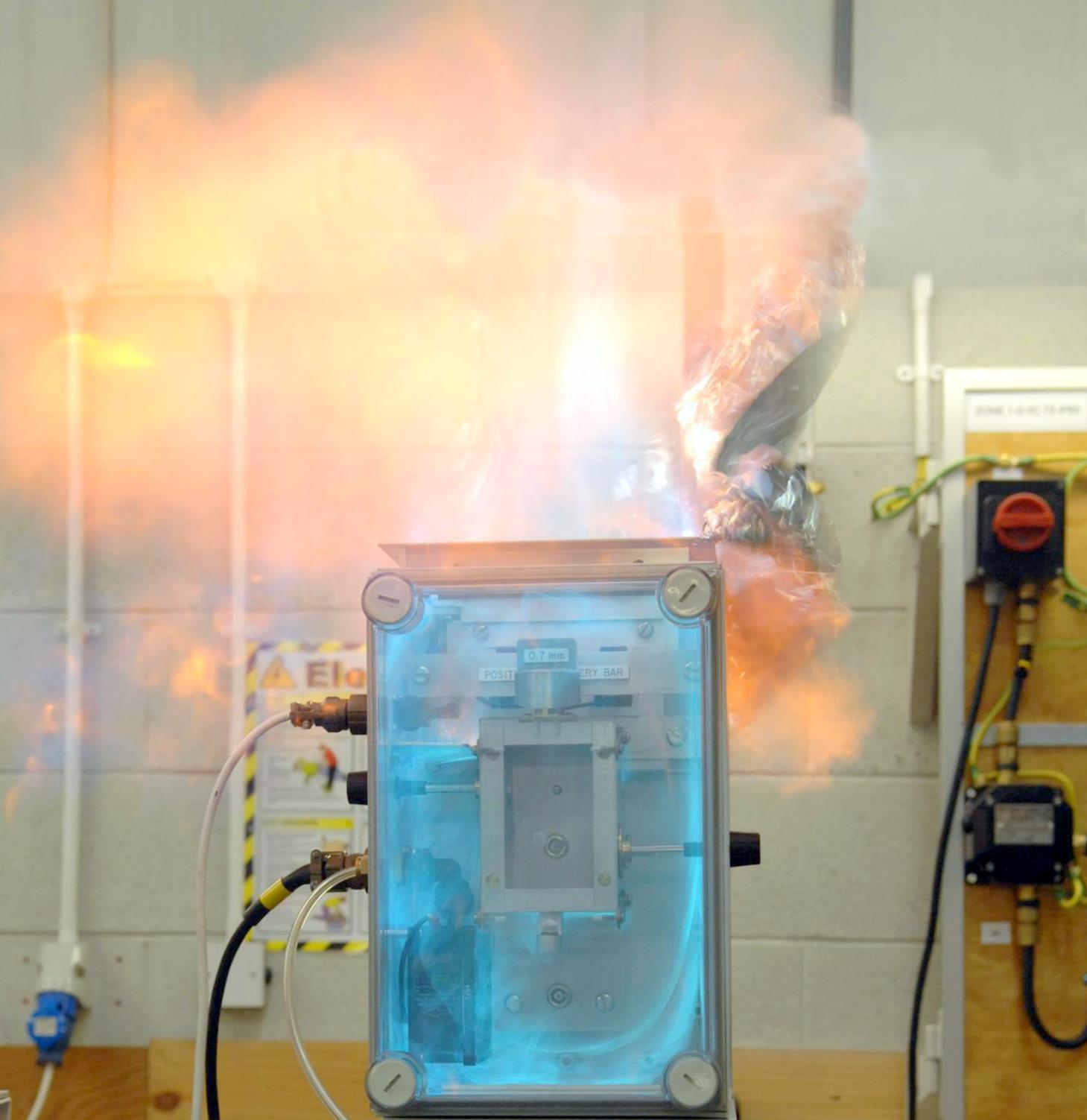